After nearly two and a half years of inquiries and approvals, the Dargues Reef Gold Mine will shortly commence operation. 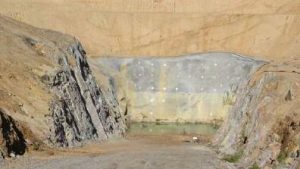 The timeline of events for the approval process was as follows. As you will see, it commenced in November 2014 and as at April 2017 is not entirely complete.

Timeline for the Approval Process for Dargues Reef Gold Mine

The Commonwealth Minister for the Environment is yet to give final approval under the EPBC Act to these two plans.

Work cannot proceed until these Plans have been approved. The Association wrote to the Commonwealth Minister for the Environment requesting the Plans be placed on public exhibition when finalised.

All the Coastwatchers submissions and presentations appear below in this blog.

Under NSW Planning legislation there has to be a Dargues Reef Mine Community Consultative Committee (CCC). It has been operating for many years.

Membership has been reviewed by the independent Chairman of the CCC and the NSW Minister for Planning, and Coastwatchers secretary Richard Roberts has been appointed as an environmental representative on the CCC.