The final report entitled “Independent Review into the Future Stability of the National Electricity Market”, was handed to the Commonwealth Government in the last week. The Review known as the Finkel Report was prepared by the Review Panel of 5 experts and chaired by the Chief Scientist Professor Alan Finkel.

The following reviews of the Report were presented in the Conversation on 9 July 2017.

Review 1.“Security and reliability are first”

With so much focus on the design of a mechanism to support a shift towards lower-emissions generation, it is easy to forget that the primary purpose of the Review, commissioned following the “system black” event in South Australia on September 28, 2016, was “to develop a national reform blueprint to maintain energy security and reliability”. It is thus appropriate that security and reliability are the first topics to be addressed in the main body of the report. 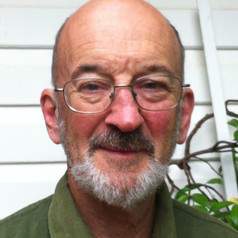 System security is defined as the ability of the system to tolerate disturbances. Maintaining security requires the system to be able to prevent very high rates of change of frequency. At present the system has no explicit mechanism for doing this, but relies implicitly on the inertia provided, effectively as a free service, by existing large thermal generators.

The report recommends a series of regulatory energy security obligations to provide this service by various additional means, falling on the transmission network service providers in each of the five NEM (National Electricity Market) regions (states), and also on all new generators connecting to the system.

System reliability is defined as the ability of the system to meet consumer demand at all times. In the old system, this is achieved by “dispatchable” generators, meaning coal and gas generators that can vary their output as required to meet demand.

In the new system, with large amounts of variable wind and solar generation, other supply sources are needed to meet demand at times of low wind speed and/or lack of sun – that is, to act as complements to wind and solar.

Existing hydro and open-cycle gas turbine generators are ideally suited to this task, but with the growth in wind and solar generation, this capacity will very soon be insufficient for the task across the NEM (and is already insufficient in SA).

The Report recommends what it calls a Generator Reliability Obligation, which would be triggered whenever the proportion of dispatchable generation (which could include batteries and other forms of storage) in a region is falling towards a predetermined minimum acceptable level. The obligation would fall on all new renewable generators wishing to connect thereafter and, in the words of the Report “would not need to be located on site, and could utilise economies of scale” through multiple renewable generation projects “pairing” with “one new large-scale battery or gas fired generation project for example”.

If implemented, this recommendation would seem certain to greatly complicate, slow down and add to the administrative overhead cost of building new renewable generation. It would involve putting together a consortium of multiple parties with potentially differing objectives and who would otherwise be competing with one another in the wholesale electricity market.

A far better approach would be to recognise that dispatchable generation provides a distinct and more valuable product than non-dispatchable generation. There should be a separate market mechanism, possibly based on a contracting approach, to provide this service. If well designed, this would automatically ensure that economies of scale, as may be realised by pumped hydro storage, for example, would be captured. This approach would be far more economically efficient, and thus less costly to electricity consumers, than the messy processes required under the Report’s obligation approach.

The Review’s approach to the demand side is very focused. Demand response, the capacity to reduce demand at times of extreme pressure on the supply system, is addressed thoroughly. The past under-utilisation of this approach is acknowledged, and the actions of the Australian Energy Market Operator (AEMO) intended to capture some of its potential in time for next summer are outlined. 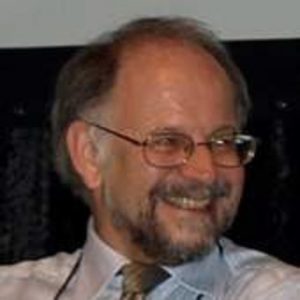 Energy efficiency is effectively handballed to governments. After making some positive comments about its valuable roles, recommendation 6.10 states that governments “should accelerate the roll out of broader energy efficiency measures to complement the reforms recommended in this Review”.

This is a disappointing outcome, given the enormous untapped potential of energy markets to drive effective energy efficiency improvement. But it clearly shows governments that they have to drive energy-efficiency initiatives unless they instruct energy market participants to act

Review 3. “It follows the wrong path on greenhouse emissions”

The Finkel Review says many sensible things about ways to improve the security and reliability of Australia’s electricity sector. However, it follows completely the wrong path in what it says about lower greenhouse emissions from the electricity sector and Australia’s commitments under the Paris Agreement. This is disappointing, as Alan Finkel is Australia’s Chief Scientist and a member of the Climate Change Authority.

All economy-wide modelling shows that the electricity sector must do a larger share of future emissions reductions than other sectors, because there are easier and cheaper solutions for reducing emissions in that sector. However, this review’s vision is for “emissions reduced by 28% below 2005 levels by 2030” – exactly the same as Australia’s target under the Paris Agreement. It should be much more.

Australia’s commitments under the Paris Agreement are “to undertake ambitious efforts” to limit global warming “to well below 2℃ above pre-industrial levels”. The Targets Report from the Climate Change Authority in 2015 showed that this means Australia and the electricity sector must aim for zero emissions before 2050, not in the second half of the century, as suggested in the Finkel Review.

The review recommends a Clean Energy Target (CET), which will provide subsidies to new low-emissions generation. The actual choice of scheme is less important than its durability. If broad political agreement can be reached on this target, it can provide the policy certainty that industry crucially needs to build new generation capacity and meet electricity demand.

Finkel also proposes a Generator Reliability Obligation, which places a limit on further wind and solar power in regions that already have a high proportion of intermittent generation. New intermittent generators will have to provide backup for some of their supply, in the form of new storage or contracts with new dispatchable generators such as gas. The aim is to ensure that federal and state subsidies for renewables do not push too much intermittent generation into the market without adequate backup. 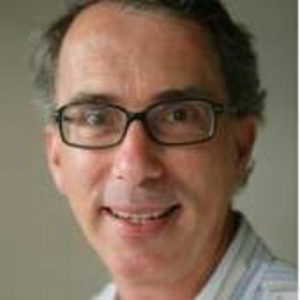 Large generators will also need to provide a reasonable notice of closure– the review suggests a period of three years – before leaving the market. The aim here is to ensure the market has enough time to respond by installing new generation.

Finally, the review floats the possibility of further changes to ensure reliability, potentially a day-ahead market to lock in supply ahead of time, or a strategic reserve – a mechanism by which the market operator can sign contracts requiring generators to sit idle unless needed in an emergency.

The market operator (AEMO) can already do this, and the report is silent on how a strategic reserve would be different or whether it is definitely needed.

To secure the electricity system, Finkel calls for existing standards to be tightened and new mechanisms to be introduced.

While technical in their nature, these measures will reduce the likelihood of instability in the system and provide extra tools to fix the it if instability arises.

Finkel also makes recommendations to bolster the emergency management plan for the 2017-18 summer and to encourage consumers – both residential and business – to reduce their demand at peak times. The review strongly encourages the development of “demand response” schemes to give consumers incentives to switch off and help smooth the load at peak times.

The biggest change to how the market will be run is the proposed creation of an Energy Security Board (ESB). The ESB will comprise an independent chair and vice-chair, as well as the heads of the three governing bodies: the AEMC, AEMO and the market regulator (the AER). At a minimum, the ESB will be responsible for implementing many of the Finkel Review recommendations, although the panel leaves scope for it to do much more.

Finkel recommends a comprehensive review of the rules governing the electricity market. It also argues for increased accountability for market bodies and the COAG Energy Council, through enhanced performance indicators and a beefed-up process for determining and monitoring priorities for the energy sector.

The report makes a range of other recommendations designed to ensure better service for energy consumers, more transparency in gas markets, and improved planning and coordination of electricity networks.

The Finkel Review successfully addresses the main issues confronting the electricity sector today. At the very least, it is a step towards a more reliable and secure system.

The devil, as always, will be in the detail. Much will depend on how the recommendations are implemented. Australian households and business can only hope that the new Energy Security Board and the nation’s political leaders will see this through.

This entry was posted in 2017, Climate Change, Energy. Bookmark the permalink.