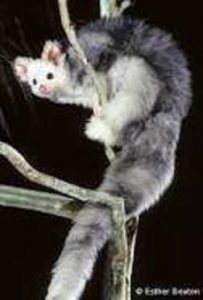 Those who know the greater glider have a vivid way of describing it: like a flying possum crossed with a Koala.

About the size of a garden variety possum, but with a looped tail of up to 60 centimetres long and membranes that extend from its elbows to its ankles, it is Australia’s largest marsupial.

Scientists say it may not continue to be: it is headed for extinction. Two decades ago greater gliders were abundant up the east coast, but a combination of land clearing, logging and a rising threat of bushfires linked to climate change has triggered an 80% population crash.

Though they glide up to 100 metres, greater gliders are docile animals. They typically spend their lives within an area of three or four hectares – about the size of a couple of football fields. When danger arrives, as it did catastrophically in the (Victorian) central highland on Black Sunday, they have little capacity to cope.

In April (2017), the Victorian government’s independent scientific advisory committee recommended that the animal be listed as a Threatened species. It followed the Federal Government last year listing it as vulnerable.

But documents released in response to a freedom of information request show that the Victorian government’s advice went further. In November (2016) the committee found that the threat facing the glider warranted an immediate suspension of logging in parts of the Strathbogie Ranges north-east of Melbourne. Its formal advice released to the Goongerah Environment Centre and seen by Fairfax Media, says “the glider is in a demonstrable state of decline which is likely to result in extinction.” 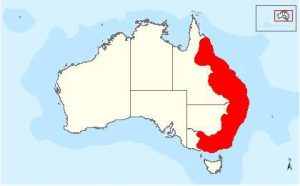 Distribution of the Greater Glider

Noting gliders generally died if all or most of their home range was cleared, and the Strathbogie Ranges were an important conservation site as populations there were relatively stable, the committee recommended an interim suspension to timber harvesting. The advice was rejected by the Department of Environment, Land, Water and Planning.

The document showed it advised Environment Minister Lily D’Ambrasio that neither she nor the department secretary had the power to stop legal forestry. Instead it recommended considering recommending “feasible low impact changes” in consultation with the state timber agency VicForests. It is understood the logging went ahead. Goongerah Environment Centre campaigner Ed Hill said the advice meant the department was telling the government that it should listen to foresters over scientists.

“There is really a pro-logging culture in the department that is completely out of step with its responsibility to protect out threatened wildlife,” Mr Hill said. Environmental Justice Australia lawyer Danya Jacobs said she believed the departmental advice was wrong – that the government did have the power to intervene to protect the glider.

She said there were three potential legal avenues, including issuing an interim conservation order under the Flora and Fauna Guarantee Act. “ it’s outrageous for the department to pretend the Minister’s hands are tied,” she said. Ms D’Ambrasio said the government was listening to the experts, and that no timber harvesting was currently taking place in the Strathbogie Ranges. “We will work with the department and VicForests to investigate reasons for the greater gliders decline and ensure that appropriate protections are in place , she said.

Mr Hill said protection efforts should focus on the central highlands and east Gippsland, where populations were weak and logging continued. He said it was perverse that, under current regulations, logging could be stopped if 11 gliders were found in an east Gippsland forest. “if are there are fewer of them – if you find 10 – apparently it is OK to kill them,” he said.

This entry was posted in 2017, Fauna, Greater Glider. Bookmark the permalink.