This is an edited report by the ABC’s consumer affairs reporter Amy Bainbridge from ABC News on April 13th 2017. 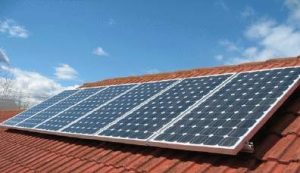 There has been a big surge in the number of households installing solar panels, with March installations reaching their highest level in almost five years.

An energy consultant said 91 megawatts (MW) of solar photovoltaic (PV) systems were installed during the month.

Queensland led the way, installing 25 MW of capacity, which is enough to power about 5.500 homes and businesses.

Installations were also up in South Australia, New South Wales and Victoria.

Installation figures in Tasmania, the Northern Territory and the ACT were flat.

The recent blackouts in South Australia were a factor in the rising demand for panels, as solar power and storage are used to offset or protect against grid blackouts.

This entry was posted in 2017, Energy. Bookmark the permalink.