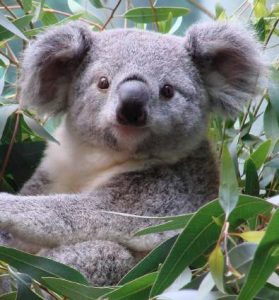 Coastwatchers recently made two submissions to the NSW Government regarding the preparation of a “NSW Koala Strategy” and what is known as SEPP 44, a State Environmental Policy covering Koala habitat.

Only the “NSW Koala Strategy” is considered in this report.

The Government has estimated that Koala numbers in NSW have declined by 26% over the past 15-21 years. It is clear that if that rate of decline continues without significant intervention, by 2050 Koalas will be near extinct in the State.

The Government commissioned a review of the decline in Koala numbers in NSW by the NSW Chief Scientist and Engineer. That process occurred between March and December 2016. There were seven public information sessions, five in the north of the State, one in Sydney and one in the south at Bega.

The Chief Scientist’s principal recommendation was that a NSW Koala Strategy be developed to stabilise, then increase koala numbers.

With European settlement increasing in the second half of the 19th Century, koala numbers declined rapidly Shire-wide, leaving remnant populations in various locations. The decline in numbers was mainly attributed to the clearing of agricultural land by European settlers.

Unfortunately, much of that land was prime Koala habitat, which was characterised by high nutrition vegetation (and low toxin levels), mostly along the fertile river valleys. There were also other issues such as disease and hunting for food, especially in the depressions. A koala skin tanning factory existed in Ulladulla and other parts of SE NSW.

Drought, increasing rural and urban development, road transport and more mechanised forestry techniques, have all contributed to the loss of Koala habitat in this area and the consequent de-population, during the 20th Century.

By 2000 the koala population in the Eurobodalla Shire was, by any measure, extinct. There are records of the odd koala in search of a breeding group. However, the ongoing loss of habitat, especially in the State Forests, has been considered the greatest contributor to the decline in Koala numbers.

The last confirmed sighting of a Koala was at Nerrigundah in 2013. There is no data of the current number of koalas in the Eurobodalla Shire, whether on private land, NSW Forestry land or the National Parks.

In the adjacent Bega Valley Shire, a known koala population exists in the Bermagui-Murrah, Mumbulla and Tanja regions. The population has been well documented, with the number of known koalas being less than 60.

Three State Forests, the Murrah, Mumbulla and Tanja, together with the southern half of Bermagui State Forest, were reclassified by the NSW Government in early 2016, as the Murrah Flora Reserve.

There is also believed to be a small population in the Kooraban National Park near Dignams Creek (15km south of Narooma), which is also within the Bega Valley Shire, and adjacent to the boundary of the Eurobodalla Shire.

The Coastwatchers Association has been involved with developing Koala Recovery Strategies in the Eurobodalla Shire for a number of years. The Association commissioned and funded research through its independently administered Coastwatchers Environment Fund. The project was led by Dr Keith Joliffe, a retired Canberra scientific researcher.

During his studies he produced three reports which were provided directly to all stakeholder agencies in this region and the State Government.

The first was the Eurobodalla Koala Discussion Paper prepared in March 2011. This report concluded that koala presence and koala habitat issues in the Eurobodalla were objectively unknown, and a full independent study was warranted.

This Discussion Paper was followed by Habitat Assessment and Koala Revival Prospects in the Eurobodalla NSW – A Pilot Study, January 2013. The final report, in 2013, was the Eurobodalla Koala Recovery Strategy – 2014 to 2026.

In developing the NSW Koala Strategy, the Coastwatchers considers that these reports need to be considered to assist in the development of that Strategy. The Association considers the findings and approach of the reports prepared by Dr Joliffe st al for the Eurobodalla Region would be of great assistance to the NSW Government as it embarks on the preparation of its own strategy.

That “Recovery Plan for the Koalas” was prepared by the Office of Environment and Heritage in November 2008, but was never adequately implemented, and fell from the Government’s radar as a priority.

There were turf wars between the various NSW Government agencies, plus the lack of will by some of those agencies to take cooperative action, to implement the Strategy. That is why the present predicament exists, with the NSW koala populations continuing to decline. A huge failure.

Clearly the NSW Government has demonstrated that if it cannot sustain existing populations, it has no capacity to recover previous populations of koalas such as those that were in the Eurobodalla Shire.

If the 2008 agency rivalry continues into this 2017 NSW Koala Strategy, then that decline in koala numbers will continue, and no doubt trend to near extinction across the State.

Finally the Association requested the NSW Government to review the “business model” of NSW Forestry, and face up to the reality that hardwood logging is highly unprofitable.

Instead of operating at a financial loss in most years, NSW needs to profit from the forests by NOT LOGGING. Simply accept carbon credit payments under the Emissions Reduction Fund scheme, and turn a financial drain into a major financial benefit for all people in NSW, the environment and, in particular, the Koala.

The Association also requested that the “NSW Koala Strategy” be placed on public exhibition prior to its implementation.

This entry was posted in 2017, Fauna, Submissions. Bookmark the permalink.