Zibelman was one of the leaders of New York’s “Reforming the Energy Vision” following the 2012 Hurricane Sandy, in which thousands of New York residents were left without power for weeks.

The reforms increased energy security through a range of measures, including smart grid technology, battery storage and distributed generation strategically placed throughout its network.

This appointment could signal the biggest shift in culture and technology of the AEMO, which is responsible for the operation of Australia’s mains grid. It also comes at a time when the Finkel Review is only months away from reporting. 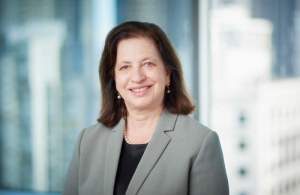 The AEMO has been criticised for its slow responses to adapting policy to renewable energy and other new technologies. This was highlighted after the South Australian blackout when renewables were blamed for the problem. Withing a week AEMO required new standards be introduced throughout Australia, which would avoid wind-farms automatically turning off early. The technology had been in use in Europe for over a decade!

For those wanting more information, listen to an interview between Audrey Zibelman and Geraldine Doogue on ABC Radio National on April 1st 2015.
https://radio.abc.net.au/programitem/ pgPG9LeZ27?play=true

This entry was posted in Energy. Bookmark the permalink.